In A Downward Spiral? Most Certainly Not! - Magnificent Midlife

In A Downward Spiral? Most Certainly Not!

I’ve been pondering recently how we apply negative ageist stereotypes to ourselves. We buy into society’s narratives about getting older and we compound the negative effect by repeating them to ourselves.

How many times have you thought or said you’re having a senior moment when you forget something? Of course you never did that when you were younger huh! Or that you’re now old (in a bad way – even though you may still have another 30 good years ahead of yourself)?

Or you have a physical problem you don’t think will get better because being the age you are, you’re now in a downward spiral? It was a friend saying this last to me about a problem she had that really got me going!

Trust me, I don’t believe there’s anything wrong with getting older. It’s a privilege denied to many. I love getting older. And I believe we get better with age not worse. Old to me is not a bad word. But it can be used negatively, and dismissively, and often is.

I have a problem with ageist language and labels that put a negative spin on something rather wonderful, and take root in our own heads as a way of making excuses and belittling ourselves. That won’t do at all!

So as usual I made a video about it! It was my first live video on Instagram and I was quite pleased with it! There are some videos I do where I reckon I’m a lot more coherent than others and this is one of them. I managed to find a way of saving the video too which I thought was rather clever of me! (It took me ages but I got there!)

I talk about how my own father aged (badly) and how age had nothing at all to do with my mother’s muddled thinking 18 months ago.

My dad sat down in a chair at 50 and by 75 he was dead. He decided he was old and really became old pretty quickly. He used it as an excuse to not take better care of himself.

On the other hand, when my mum started getting muddled in 2017 and some put it down to ageing, it turned out she’d had a brain hemorrhage and after surgery made a full recovery! 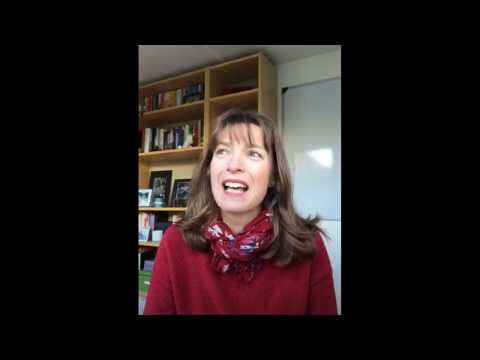 I’d love to know if what I say resonates with you.

So next time you catch yourself dismissing yourself as old, don’t! And don’t assume an ache or problem is necessarily age-related and therefore won’t get better – it might!

I’ll get down off my hobby horse now!

Here’s to growing in magnificence!

Maybe My Best Podcast Yet – As A Guest!

Writing A Book For The First Time – What I Learnt

Why I Want To Change The Menopause Narrative

Menopause, HRT And The Importance Of Staying Curious