Please bear with me… I’m having a bit of a rant!

I’m often moved to write about menopause because I see a fact or statistic on social media and I question its validity, whether it’s been communicated with context, why it’s been mentioned at all and whether it’s true.

I watched a really great little video on Instagram about normalizing menopause. The video itself is really empowering and I thought, wow that’s great. Shame I’m not in it. But in the blurb that went alongside this video about menopause was the following comment:

“We can talk about empowerment all we want, but [a] lot of us are having a hard time, in our bodies as well as our minds.  Let’s not forget that according to the latest numbers from the UK Office for Statistics, the age group with the highest rate of suicide is women ages 50 to 54.”

What do the statistics really tell us?

Yes, any suicide number is awful but knowing this, doesn’t it take away some of the sting of the statistic mentioned above? Even when the statistics are correct, context is still crucial.

What really upsets me, and which I keep seeing mentioned in the media and suggested by others, is this correlation between the higher rate of female suicide and menopause. I believe this is pure conjecture and not based in fact nor research. This article presents a case that not only are there errors in the facts we believe about menopause, but there are also so many other things going on to cause anxiety and depression during the menopause years.

Menopause may be a contributing factor to midlife malaise in women and if you are suffering from depression, please ask for help. But I believe it is irresponsible and verging on scaremongering to suggest that menopause is responsible for this highest rate of suicide in women figure.

I’ve sat on this for ages and the time has come to put fingers to keyboard! I feel a need to set the record straight on misrepresented menopause statistics that suit a particular agenda.

I hate it when facts are taken out of context, or are just plain wrong, especially when it relates to menopause. Women so need truth about this topic! At time of writing I’m trying to speak to ITV to get a ‘fact’ corrected which has been on their website for five years and which has been quoted even by a UK Member of Parliament, but is actually false.

This ‘fact’ is that one in four women considers leaving work because of menopause issues. ITV claims this is based on a research survey they did with women’s health research charity Wellbeing of Women in 2016.

I have spoken to Wellbeing of Women who told me there was no such joint survey and also to Professor Myra Hunter, Emeritus professor of clinical health psychology at Kings College London, who did the menopause research for Wellbeing of Women, and who said “I am not aware of this survey being published nor who authored it.”

There was a research survey done on menopause in 2019 by Wellbeing of Women and Professor Hunter, but ITV was not involved and there was no finding that one in four women consider leaving work because of menopause issues.

The ITV claim is blatantly false. Some women may consider leaving work because of menopause but there is no published research or evidence of this. Professor Hunter also said, “In my reading of the research literature, the evidence of women’s work performance being adversely affected specifically by the menopause is inconclusive.”

I have complained on ITV’s website, I have emailed them and I have tried to speak to them on Twitter. They continue to ignore me. I’m not going to include the article link here because I don’t want to give it more credence, but if you search for women considering leaving work due to menopause in Google you will find it.

This false statistic has become truth and is quoted ad infinitum. It adds weight to negative narratives about menopause but is simply not true. It is not based on credible research. If the 2016 survey was done at all, it was done by ITV without Wellbeing of Women and it was neither published nor peer-reviewed.

Why does ITV quote this ‘statistic’ and leave it on their website five years after the program aired? Because it helped them originally get viewers for their program about menopause and continues to make them money from advertising now.

When it comes to how menopause, and aging in general for women, are regularly presented, I have found there is often money lurking somewhere in the background.

What else might be going on concerning menopause and depression?

So returning to the suicide statistic, what else might be going on for women aged 50-54 to make it when there are more suicides than at other times? I have lots of ideas about that!

So please, let’s all stay curious about menopause statistics that are quoted as fact. Find out where they come from and whether it’s a reputable and trustworthy source. Follow the trail back to the actual research before assuming it is true. I had assumed ITV was reputable but they have had false menopause statistics sitting on their website for years!

If you hear these particular statistics being quoted, please direct people here or tell them that the information is false or inconclusive. I want the world to stop blaming menopause by default for the majority of what can go wrong in midlife, leading to sadness and even depression. Instead I want women to embrace it as the gift prompting us to get our lives sorted that it can be.

And let’s stop scaring women, both those in menopause and the ones coming up behind, by upholding a doom and gloom approach to this important and empowering transition in a woman’s life.

Let’s instead start listening to our bodies, being curious about what else is going on and working to improve all of that rather than lumping the problems all on menopause and ignoring the rest. It’s working on all of it that will reduce suicide rates for women in midlife. Not just making menopause better.

Yes let’s talk lots more about menopause, but not in isolation. That’s not doing women any favors and will not bring about the overall change that women and society so desperately need.

You may also like: Top Tips For Dealing With Perimenopause Anxiety and Menopause Matters – Resources To Help 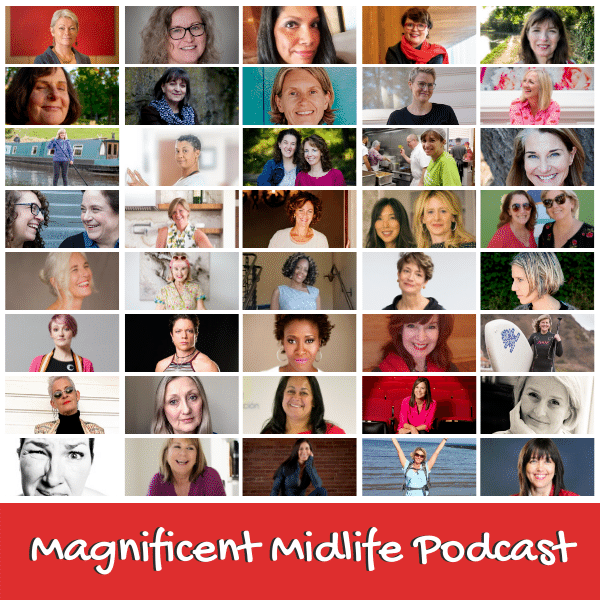 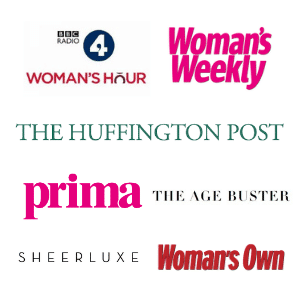 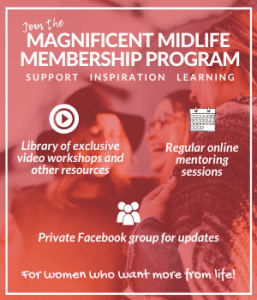 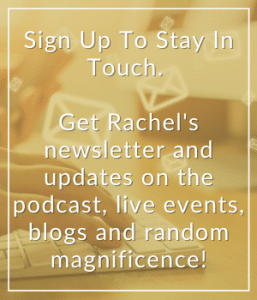 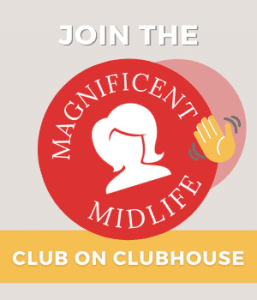