Why I Want To Change The Menopause Narrative - Magnificent Midlife

Why I Want To Change The Menopause Narrative 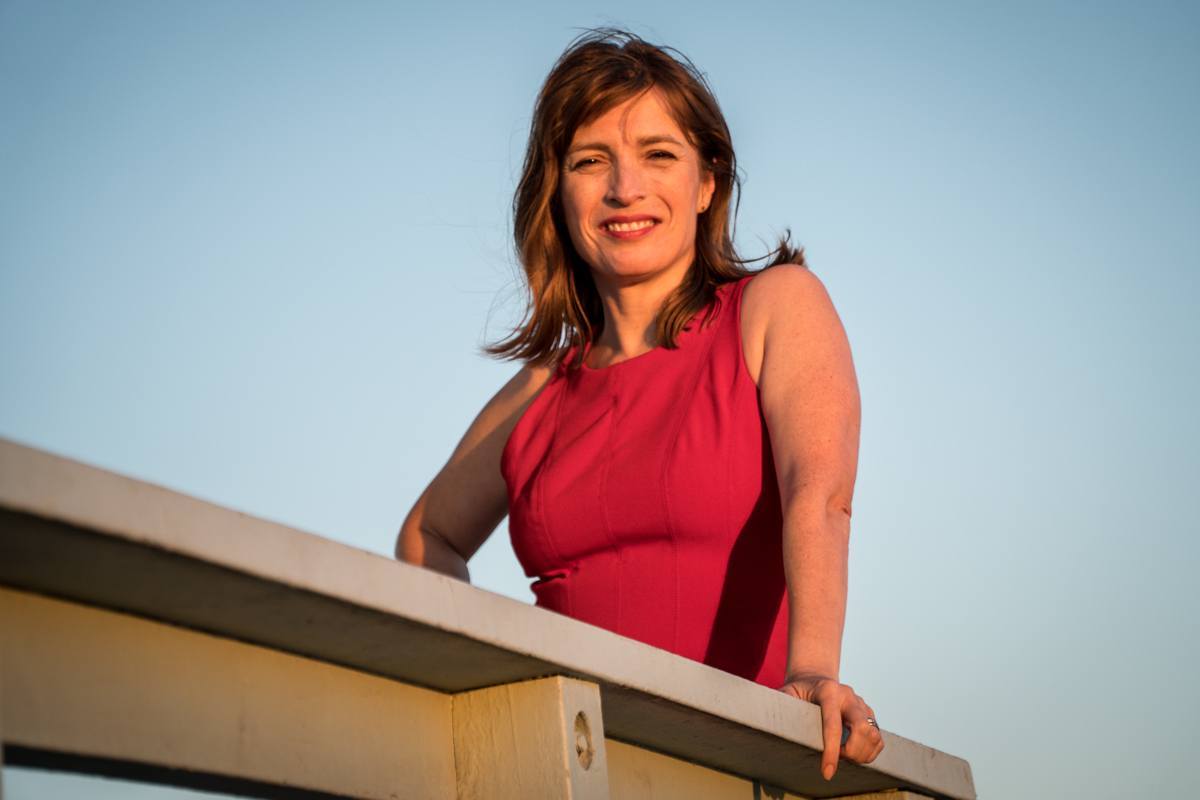 This post is in response to a request from the editor of Goldie Magazine on Twitter asking what the ‘menopause awareness community’ thought about informing everyone in the workplace about menopause symptoms. This question was inspired by a discussion thread on Mumsnet which started with someone posting that an awareness email had gone out to staff in her workplace about menopause, and had listed symptoms, including vaginal dryness and reduced sex drive. A colleague had then apparently complained that mentioning vaginal dryness was inappropriate in a workplace email. The writer of the post disagreed saying that it’s a common symptom of menopause and therefore should be included. She went on to say that if one was raising awareness about prostate cancer, one would not leave out difficulty maintaining an erection from a list of symptoms.

I do have very mixed views on this. First some background on me. I’ve been talking and writing about menopause for the last four years, pretty much non-stop, since I set up my online magazine The Mutton Club. That was cited in the Huffington Post as being one of the top 10 websites where one could get help with menopause. I’m on podcasts talking about menopause and I’ve been on BBC Woman’s Hour talking about my experience of it. Women make a beeline for me at events to talk menopause.

I most certainly want to increase awareness, stop the taboo and change the narrative. But my menopause narrative is often very different to that of the majority. Perhaps it would be a good idea for me to start with my beliefs:

So what’s my menopause story? I went through it early at 41. At the time it was devastating. I was trying for another child and it was only after a fertility test that I found out.  I hadn’t noticed! I had no symptoms and I thought I was right as rain. The doctor who told me was equally flabbergasted to discover my hormone profile was that of a postmenopausal woman.

I spent a long time coming to terms with this and initially got a lot of help from the Daisy Network. Through them I came across Dr Marilyn Glenville, a nutritionist and Dr Nick Panay who specializes in early menopause. I had consultations with both. With Dr Glenville’s help, a change in diet and lifestyle and a special tincture, I got my periods back for 9 months but not long enough to deliver the desired-for baby.

I resisted medical advice to take HRT to protect my bones and heart, but eventually went for a consultation with Dr Panay. I still didn’t have any noticeable symptoms but was referred by his team for a bone density scan because I didn’t want to take HRT. It was only after the scan showed borderline osteopenia in my hip, that I decided to finally suck it up and take the HRT.

Knowing what I know now about how to protect and improve bone density, I don’t think I would do that again. But I took HRT probably for about six years. I made sure I took the body identical version, made from yams rather than pregnant mares urine (which is still prescribed today). I’m always keen to make sure women in the UK know this is available on prescription and there is no need to get so-called bio-identical hormones from a private practitioner. I was even offered testosterone by Dr Panay’s team if I had wanted it. But you do need to know what to ask for.

When I was 51, ‘normal’ menopause age, I came off HRT as that had always been my plan. I weaned myself off using a variety of other ways to minimize any negative impacts from doing this. I needn’t really have worried as there were none. But I believe it’s because I’d put in place all the alternatives I now know are effective, that the easy transition occurred.

You might imagine I would have a negative view of menopause. But I absolutely do not. I wouldn’t be doing what I do now without it. I have a lot to thank it for! But I now believe my stressful career for the previous 15 years was at least partly responsible for it coming early. We can’t have it all. There is always a price to pay. We would do well to listen better to our bodies and respond to what they need.

I’ve learnt that menopause is just another transition in a woman’s life. It’s puberty in reverse. I know many women have a difficult experience with it. But many women don’t. But as is often the case, the negative voices shout the loudest. And the media loves a negative headline as we know. (I don’t actually believe headlines that say 1 in 4 women have symptoms so bad they consider giving up work even if research suggests that. Was it for a hormonal day or a serious consideration? We’ll never know. When I asked that question in my Facebook community of 2000+ women, it was a small minority that said yes.) I went on Woman’s Hour because I wanted to wave the flag for a positive menopause experience despite my secondary infertility.

There are many questions we need to be asking about menopause and one of them is why is it other cultures don’t seem to suffer as badly as us? Why does research show that women in the UK have a worse experience of menopause than other countries/cultures? What is it about our way of life that makes that the case? I want to know!

So finally, back to the all staff awareness email that talked about vaginal dryness. Very well-meaning I’m sure.

I’ve been trying to imagine how I’d feel if I received such an email at work. Clearly I don’t know the exact wording, nor have any other background, but I worry that when something like this is taken out of context and there’s no opportunity to explain and bring more information to the discussion, it can potentially do more harm than good. It seems to me a very good idea to have an awareness raising seminar to which people are invited and these issues are discussed. But I still have a problem with listing vaginal dryness as a menopause symptom in an all staff email. Why is it relevant?  How will it affect our performance at work? For some women who have extreme vaginal atrophy, it may effect work. I’ve been reading My Menopausal Vagina and know this to be the case. But hopefully this is a very small minority of us.

I also don’t think the argument about including erectile dysfunction in a list of prostate cancer symptoms impacting what we include when talking about menopause, holds any water in this context either. It’s not possible to know a man is suffering from prostate cancer unless he shares that information with you. But all woman 50-55 (and much earlier in my case) will be either perimenopausal, or post menopause. It affects all of us. So there’s no hiding from anyone’s potentially misguided assumptions.

Unfortunately I also know enough about human nature to know, of all the things raised in this email, the ones that will jump out most are vaginal dryness and decreased sex drive. I’d be mortified to think 25 year old Paul in Accounts might be looking at me submitting my expenses and thinking about my dry vagina. Not to mention poor 30 year old Andrea in HR, who’s already feeling sensitive about turning 30, because of those commiseration birthday cards she received, and has just had it reinforced there’s not much to look forward to as an older woman.

These are some of the dangers of communicating things out of context. Each workplace is also different and a blanket approach will not work, no matter how well-intentioned. We want to raise awareness. We want women to feel able to raise menopause as an issue if they want to. But what we may end up doing, is increasing the endemic ageism in the workplace, adding in a nice dose of sexism, finding more reasons to question older women’s performance and getting an insidious and potentially humiliating combination.

So these are some of the reasons why I urge caution when raising awareness of menopause at work. The more we discuss menopause in the workplace, the more switched-on HR executives will want a menopause policy and awareness raising programs. This is a good thing, but it needs to be done sensitively and most certainly not as a box-ticking exercise, an issue raised by one of the Mumsnet commentators. In my view, sending out random emails without context is not being sensitive. Including a list of symptoms and making it all sound dreadful is also not particularly helpful. Each woman’s menopause experience is different and many have little problem with their transition. I wince when I read sensationalist negative headlines about menopause and I will fight tooth and nail to stop younger women believing it is all doom and gloom ahead.

Deborah Garlick and her Menopause in the Workplace organisation is doing very good work in this area and she wrote recently about a new research paper published. Yes, women want awareness but they are also keen that menopause is not always seen in a negative light. They said managers should avoid drawing assumptions or generalizing, and never adopt a one size fits all approach. They want conversations to be kept strictly private. In fact, the research showed that it was seen as very important that employers do not draw any attention to a woman’s menopause or symptoms.

I believe exploring the underlying issues that may be making menopause difficult, is just as important as providing a work environment in which older women can function. Understanding and better ventilation are useful, but so also is awareness of the impact of changes in diet, exercise and mindset etc. For example, a BBC documentary found that CBT techniques could have a dramatic positive impact on both frequency and intensity of hot flushes. Caffeine, sugar and alcohol are all known to exacerbate them. Natural phytoestrogens such as soy and flaxseed can help with hormonal balance. Exercise and meditation are beneficial probably for all of us. There are herbs like black cohosh and sage that can also help.  These alternatives are equally worthy of awareness-raising but all too often, the focus is on just coping or taking HRT.

It’s also worth considering that a once manageable high stress, but now unfulfilling and ageist work environment, may also be affecting women’s general sense of well-being and even their performance. I’d like us to look more holistically at older women at work, evaluating all issues that affect us and why we may struggle. There is a lot more going on, not just the menopause.

Awareness-raising needs to include positive statements to enable us to re-frame our menopause experience and narrative, for ourselves and the women who follow on. Many women love finally being off the oestrogen rollercoaster and do great things both during and after menopause. It can be a catalyst for positive change for many of us, as it turned out for me, and a time to embrace all that being a woman involves, as we transition to the next exciting stage of life. Whatever we do to end the taboo, let’s do it with sensitivity, balance and discretion so we bring everyone along with us. 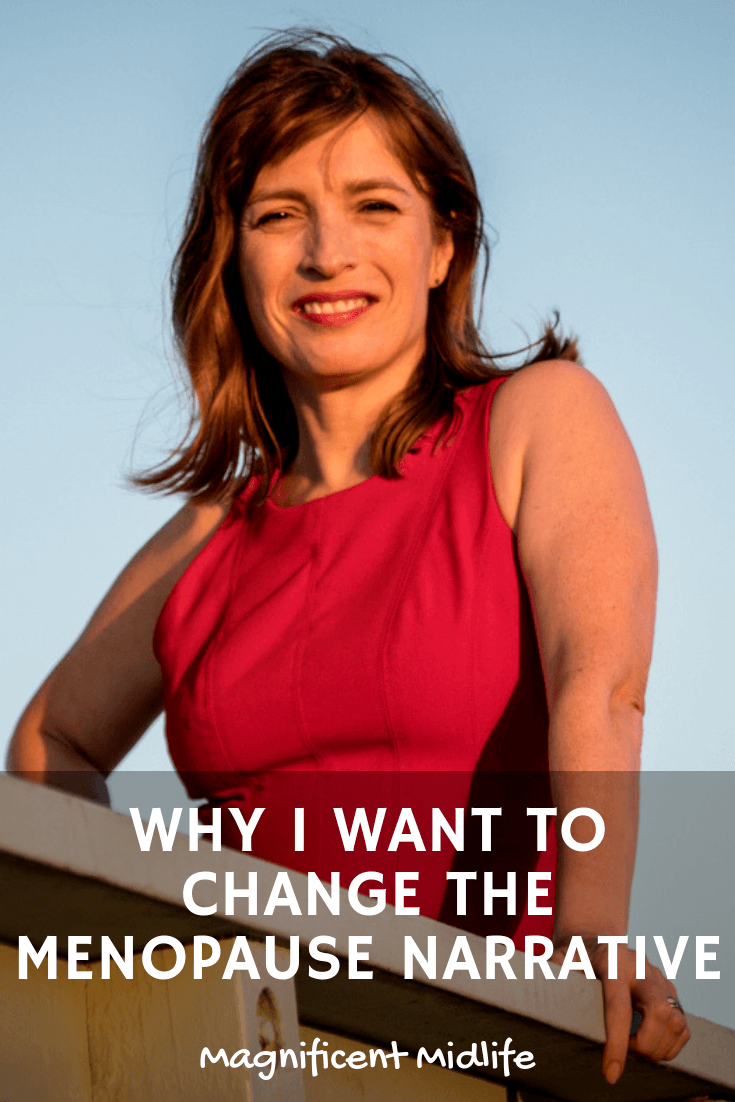 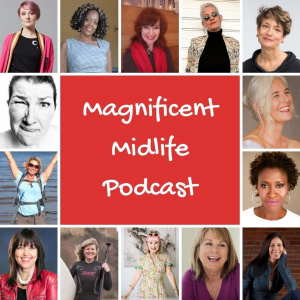